The Elf On The Shelf, My Parenting Manual, and Near Death 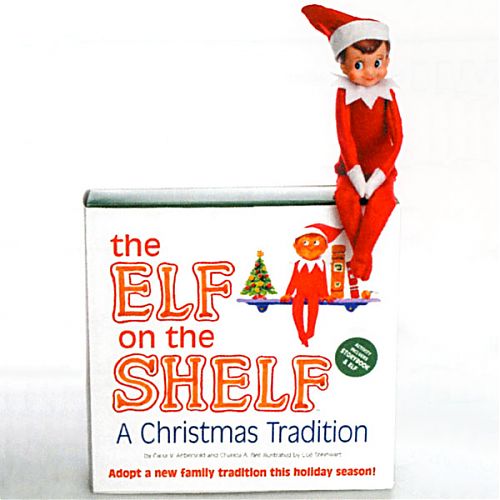 It started as innocent as any Christmas tradition.
But somehow Heather and I figured out a way to scare the hell out of our kids.
That cute/creepy bug eyed elf at the top of this post…
It’s his fault.
And mine.
Let me explain.

Heather had been telling me about this Christmas tradition that our friends Stephanie and Mark are doing.
Basically, an elf comes from the North Pole and your kids tell it what they want for Christmas and he also keeps track of Santa’s “Naughty and Nice” list.
CUTE!!!
I love it. I’m sold. Let’s buy that junk.
So it’s about 7 pm and Heather has the brilliant idea of knocking on the front door and leaving the elf there with the book about him as she is sprinting back around the house.
KOCKKNOCKKNOCKKNOCK.
“What was that?” the 5 year old says.
“I don’t know? Go check the door.” I reply.
Nope. She can see through the window on the door that no one is out there and she’s not about to open it.
So the 7 year old offers…
Door opens…
This dude is sitting in front of it. 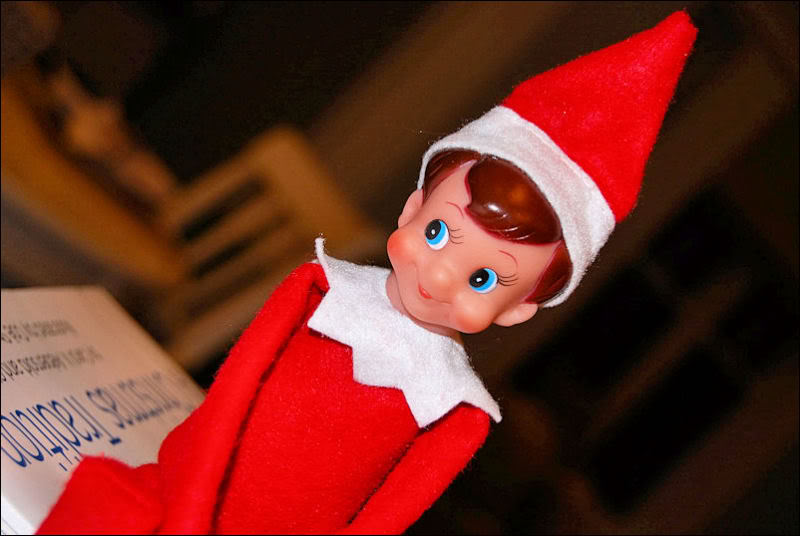 When I tried to look into his eyes and he never looked back I even got a bit creeped out.
I turned to the 5 year old…
Petrified.
I could see her mind spinning…
“What the #@$! That scary bug eyed elf just knocked on my door!!! I’m out…”
So I read her expression and tried to lighten the mood.
“Look!!! It’s an elf from the North Pole!!! Maybe Santa sent him!”
The 3 year old walks out the front door to pick him up.
“NNNNNOOOOOOOOO!!!!!!!!!!!!!!! He Will Lose His Magic Powers!!!!!” The 5 year old screams.
Huh?
“No he won’t baby. Who told you that?”, I said as I picked him up.
She was not having any of this.
A stuffed elf who magically appears and knocks on the door harder than her daddy was not welcome in her home.

We tried. Nothing. She was not having it. She was scared of it. And I don’t blame her. Just look at it.
“Is that a fiction elf?” she asked.
Heather is now giving me the “Be Careful How You Answer This” look.
“Um. Well. Baby. Don’t worry. Sure. It may be a fiction elf. But we won’t know until we read the book”, I said.
I opened the book and started reading.
She kept freaking out that we had touched the elf and he’s probably lost his magic power.
To the point of tears.
I said that was nonsense. Nothing we can do can take the elf’s power away. So I thought I’d show her.

It all happened so fast. I don’t even remember why I did it.
But for some reason I quickly grabbed the elf and slammed his head 3 times on the table.
“See baby? He’s just fine.” I smiled.
Her eyes were as wide as the Atlantic.
Heather’s eyes were as well.
Bad move.
Move on quickly…

As I continued reading the story explained how this elf, whom we are supposed to name, will fly to the North Pole every night and tell Santa what’s up with the Whittaker kids.
Then he will fly back every morning and the kids were supposed to find him.

Then I turned the page and my mouth dropped…
“Do not touch me or I might lose my powers and not be able to fly to the North Pole and tell Santa all the nice things you are doing!”

“SEEEEEEEEEEEE! I told you!!! DADDY!!!!!!! WAAAAAHHHHHHHHHHHHHHHHHHHHHH! Now we won’t get anything for Christmas from Santa!!! WAAAAAHHHHHHHHHHHHHH!!!”
The 5 year old was hysterical.
Not only is she freaked out at the walking and knocking and flying elf in her house, I also all but killed it in front of her.
Then I saw the last page.
It was my safety net.
It was a certificate with a place to write the elf’s name, our family name and the date.

They reluctantly went upstairs after I placed the elf on the shelf above the fireplace.
A few minutes later I took it down, hid it, opened the door, and went upstairs.
“Who left the door open?” I said.
The kids ran down and the elf was gone.
“The elf is gone!!!”, the girls yelled
“See kids. He didn’t lose his powers! He’s on his way back to the North Pole to tell Santa how amazing The Whittaker Family is!!!” I triumphantly exclaimed.

“But daddy, you almost killed him. I don’t think he will think that is amazing”

Where did that parenting manual go?
Los