Never Say Never.
Before our first little ball of flesh and slime came squirting out into this world…
Heather and I had decided what sort of parents we would be and how we would raise our children.
We read “What to expect when you’re expecting” and bought 45 items that we soon discovered were absolutely unnecessary.
Namely…
The Diaper Genie.
Anyone that keeps moist diapers wrapped in plastic needs to walk 40 feet to the garage and throw those puppies away.
I also remember walking through Disneyland and seeing those kids on leashes.
HELL NO.
Not gonna happen.
“How about just PARENTING your kids and beat them until they don’t run?”
This was my “I’m Not A Parent Yet” opinion.

A second opinion was that we were never going to spank our kids.
No need.
Parent them well and spanking is not necessary.
Again.  My “I’m Not A Parent Yet” opinion.

Out came Sohaila.
18 months later…
Out came Seanna.
In the 9 and 7 years of their lovely existence on planet earth…
I can with Clear eyes and Full Hearts say that we succeeded.
We were unbelievable little Whitts trainers.
Look at their sophistication.
Look at their obedience…

Then came their brother… 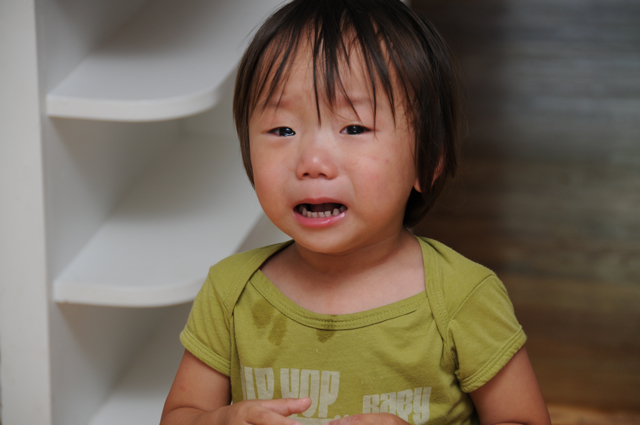 “Go get daddy’s belt”.
This statement was spoken more times than I care to admit during that child’s third year of life.

Was this a fumble?
Did we drop the ball?
No.
We had and have in our possession a completely different human being than the first two.
And the second is nothing like the first.
I realized on that long ride back to Atlanta from Nashville TN, that I was in fact, going to have to pull the car over and let Love Win on that boy’s backside.

I still remember the look on Sohaila and Seanna’s faces.
They were mortified.
Having never experienced a spanking themselves they stared with eyes wide open.

He’d get popped and that would do well for about 4 weeks.
Then he’d forget.
Pretty soon just the sight of the belt would be all it took.

The other day at the Denver airport I this pic. 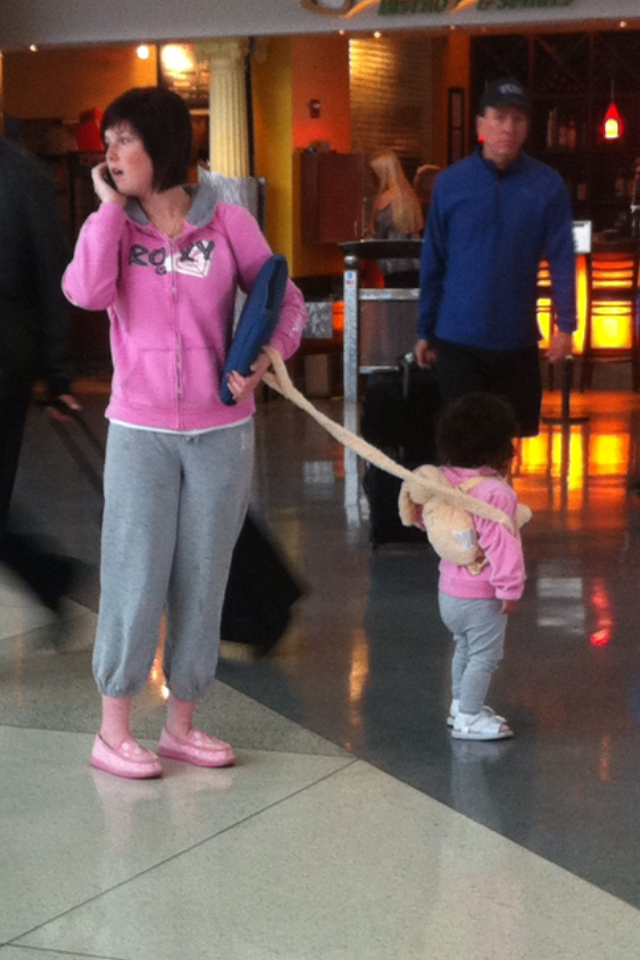 It was more a commentary on the adult version of Dora the Explorer chained to the actual Dora the Explorer.
Yet the tweets and comments came flooding in…
“I would never!”
“That’s inhumane”
And I’m gonna be honest.
I can’t imagine tethering my kids to one of those.
This is ME.
Not YOU.
Your kid might sprint into a busy street without a care in the world.
I never had what some are referring to as “a runner”.
Maybe because I locked, strapped, duct taped them into a stroller.
Which in all honesty is basically as inhumane as the leash.
Just less, pet looking.
I think when most of us think of these leashes we imagine this… 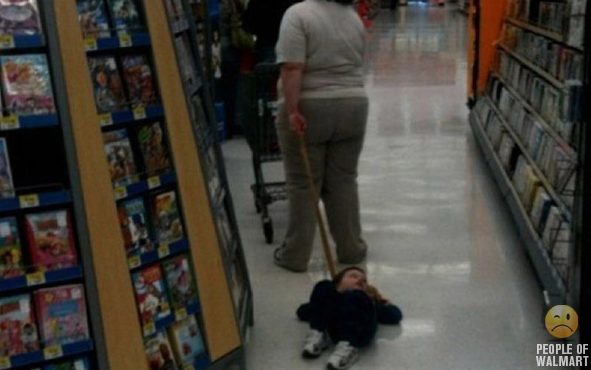 What are your thoughts?
Have you leashed your kids?
Is “leashed” the right term?
What is your “plan” for when you have kids?
Which of your “plans” went out the window when the Tasmanian devil possessed your child at age 2?