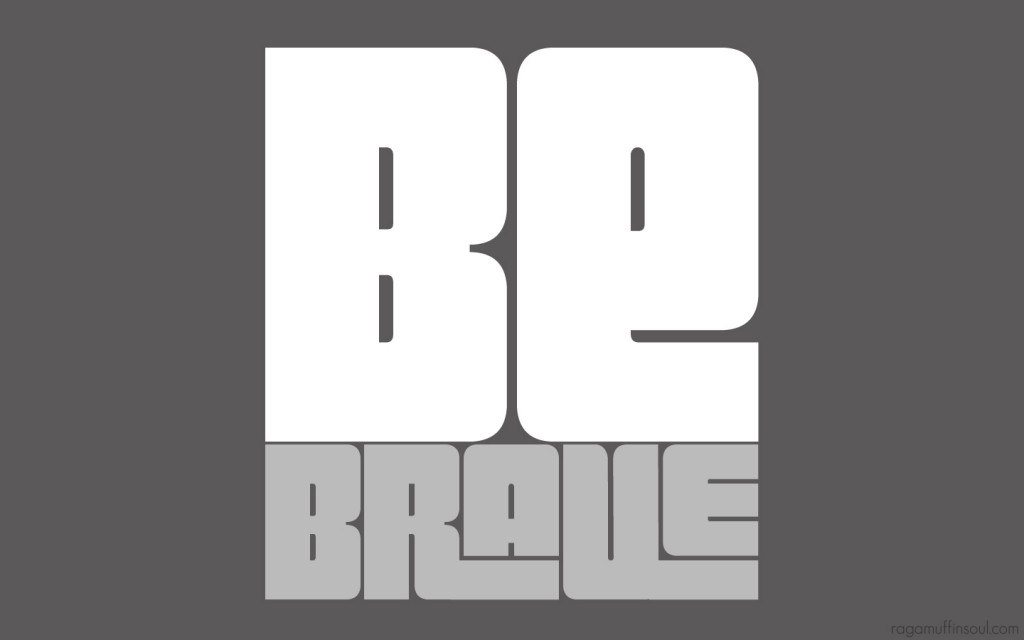 Is it ok to say that a scripture “doesn’t do it for me?”
Waiting for lightening bolt…
OK. I’m safe.
It’s not that I don’t get “So do not fear, for I am with you” Isaiah 41:10.
I do.
But I want to tell Isaiah that it’s the same problem that my kids have with me.
When I tell them not to do something…they do it.
I realized only not so long ago, that I needed to read this scripture this way…

Be Brave. For I am with you.

My clouded brain dripping with cowardice was suddenly awakened.
Be. Brave.
Aristotle said it like this…
“Moral excellence comes about as a result of habit. We become just by doing just acts, temperate by doing temperate acts, brave by doing brave acts.”
See being brave is not about being fearless; it’s about acting in the face of fear.
It is proactive instead of being reactive.
Reaction is deciding to not fear when fear is chasing you.
Proactive is seeing fear and screaming “FREEDOM!!!” while you run as fast as you can into it’s grill.
So different.
So to all you ragamuffins who are hanging onto “Do not fear”.
Stop running from fear.
But instead…
Be. Brave.
And chase down that fear gripping situation like Sir William Wallace on his craziest day.
How can we pray for you to BE BRAVE today?
Los
[And I made that Be Brave image up top big enough for your desktop. Use it to your hearts content. I did…]