The Suck Will Be Less…

The kid just kept screaming.
SCREAMING.
“But I Want It NOW!!!!”
I put on my Beats to cancel whatever noise I could cancel out.
Every few minutes I would gaze left to see his mom sipping on her iced cuban while the gray of the clouds outside the window silhouetted her portrait against the glass.
Probably late 20’s.
But her kid.
Holy crap.
A terror.
I could almost feel him lock his eyes on me.
“SCUSE ME. SCUSE ME!”
“Yea buddy?”
“What’s that? What’s that?” he was screaming pointing at my laptop.
His mom was 20 feet away oblivious that her 5 year old was bugging the crap out of me while I’m trying to close a consulting deal that I had been working on a few weeks.
“Um. Hey kid. I’m on the phone. It’s my laptop. Go back to your mommy now.”
He gave me a look that could stop Jack Bauer in his tracks and ran back to his mommy.
By the time I got off the phone I realized a few more of the customers in the coffee shop were getting annoyed.
OK Carlos. Time to do your job. Stand up for what is right.
I got up from my table and headed over to her table.
I was going to gently let her know that I have kids and I know how crazy it can get and he can play on my jacked up phone if it would shut him up, I mean calm his spirit…
About a foot away from her table I saw a dried streak of pain on her left cheek.
And another drop was rolling down her right one.
She saw me out of the corner of her eye and quickly snapped out of her trance…
“Hey! Oh. I’m sorry! Was he bothering you? I’m so sorry. I’m just a little out of it”

“Honestly, I was about to come over here to tell you that your kid could play with my phone if he needed a distraction. I mean look at it. It’s unbreakable.” 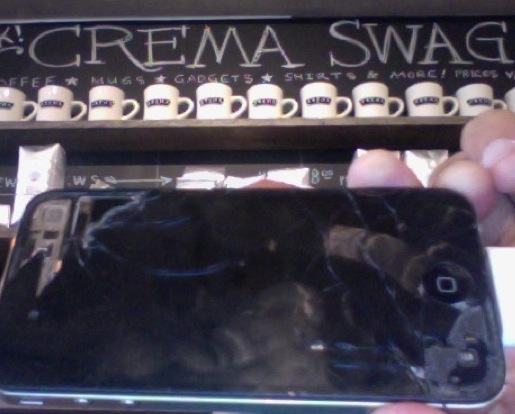 She managed a smile.
“I’m not his mom. My sister is. Was. We are on our way to the airport. So I guess I’m his mom now. I mean, not his mom, but his aunt. Anyways.”
I almost said something really stupid.
Like “I’m sorry for you pain”.
Then I realized I don’t even know what the hell that means.
So instead I said…
“Wow. That sucks. Like really sucks.”

This prompted an outburst of laughter from her. And me.
“No shit. It does suck. That’s about as true as anything anyone has said to me this week. This does suck!”

She rejected my offer for my phone as it would have probably injured her nephew as opposed to occupying him.
She got up, not wanting to be a bother to anyone else in the shop, and started out the door.

“It will stop sucking one day. A long time from now. But the suck will be less”
We were deeply entrenched into a contest of how many times we could say suck only because it was a temporary cure for the pain.

“Jill? What does SUCK mean?” the kid said…
She laughed again and walked out the door.

When I got back to my laptop I realized what “my job” really is and how to “stand up for what is right”…
It is to make peoples life suck less at the moment.
I think that is all of our jobs.
Sometimes we think we need to stand for the many, when in fact we need to sit with the one.
It’s better that way.
Los