Jesus Doesn't Want To Heal You… 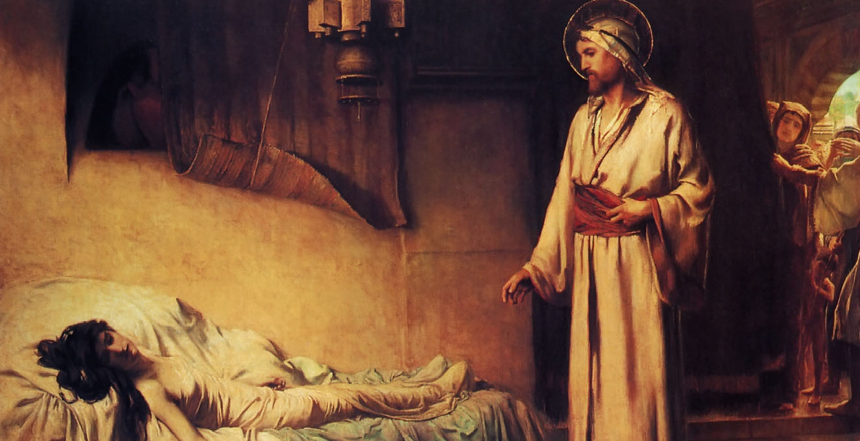 Jairus sprinted out of his house.
His baby girl was dying.
She was 12.
On deaths door.
She needed a healing.
So her daddy ran as fast as he could to the only one who He knew could heal.
Sprinting through the city he finds Jesus surrounded by others in need of MORE and begs Him…
“My little daughter is dying. Please come and put your hands on her so that she will be healed and live.”
His heart was racing.
It was in his chest.
Pounding I’m sure.
Out of breath.
Hoping.
Begging.
Praying?

The crowd grew bigger as Jarius directed Jesus through the streets.
They could not get home fast enough.
Then the crowd swallowed up Jesus completely.
A woman touched the fabric of Jesus and He stopped.
“Who touched me?”
Jarius was probably begging Jesus.
Please hurry.
But Jesus finished when the woman had revealed herself…
“Daughter, your faith has healed you. Go in peace and be freed from your suffering.”

Had this woman stolen his daughters healing?
Jarius ran off again.
Pleading for Jesus to follow.
They had lost valuable time.

Pushing.
Begging.
Running.
Jarius and Jesus barely left the crowd when Jarius saw some friends.
With despair and sadness in their face, Jairus knew before they opened their mouths.
Fear.
Weight.
Realization.
Darkness.
Death.
“Your daughter is dead,” they said. “Why bother the teacher anymore?”

They were too late.
It had taken too long…
It was over.

Her healing was over…

Her resurrection was just beginning.

God had much bigger plans for Jarius and his daughter.
Much bigger.

When they got to his house Jesus looked at the girl and said…
“Little girl, I say to you, get up!”
And she got up.

Jarius was hoping for a healing.
What he got instead…
Was a resurrection.

We hope for healing in so many areas of our lives.
When Jesus wants to give us something so much bigger.
Complete death of our old selves, pains, relationships, and fears.
He doesn’t want to heal you.
He wants to resurrect you.