Lazy Christian Advice – "Hang in there, God is in control" 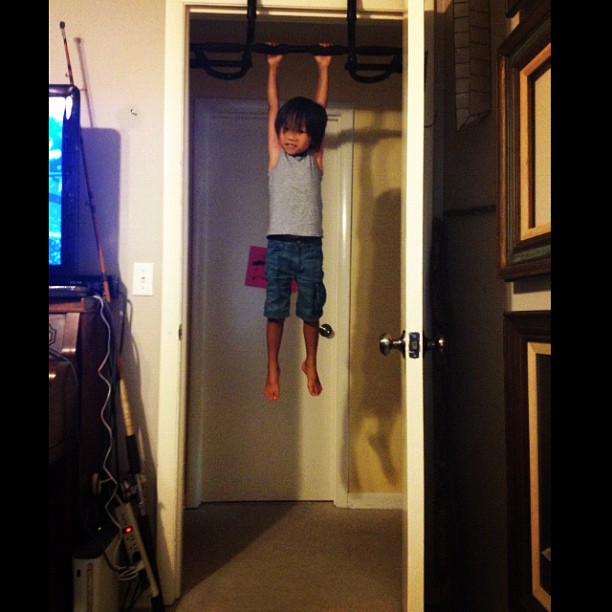 About 20 seconds after I took this picture Losiah told me he wanted down.
I could have told him to hang in there that God was in control.
Then let him fall to his certain death after his hands give way to the weight of his problem.
OK. Maybe not death, but CPS would come knocking for sure.
But you know what I did?
I walked over to him and held him up.
Then I helped him down.

3 months ago I had a friend tell me to “hang in there, God is in control” while I was going through one of the toughest seasons of my life.

As Christians we pull this crap with people all the time.
Sure God is in control.
But He created us to be His hands and feet.
So before you are tempted to say “Hang in there”, walk over to your friend who is hanging and hold them up.
Cause pretty soon, you will be the one “hanging in there”

When was the last time you were the one “hanging”?
Los