The kids have traveled over 5000 miles in the back of a Chevy Malibu this month.
They have done it like champions.
Now take heed, I only traveled about 1500 of those with them, so I have not been driven as close to lunacy as the wife has.
But she assured me that they were amazing.
We pulled into Orlando via Panama City around 3:30 am on Monday.
I dragged every child like a sack of potatoes into grandma’s house and into their sleeping bags.
Before I went to sleep I looked at their tired little bodies on the floor and thought I wish I had money so I could spoil them with more than just “I love you” and “You’re beautiful”.
But then I remembered all the episodes of The Ozbornes I watched and realized money has nothing to do with growing up sane and loved.

The next morning I could hear Heather and Grandma Sherry trying to figure out what to do with the kids all day.
Then I thought I’d give it a shot.
So I tweeted this…

In Orlando for a day.Anyone work at DisneyWorld and want to take my kids away from me for a day so I can actually work? 🙂

3 DM’s and 2 emails later the family was going to Disney World.
I literally cried alone in the bedroom at the blessing this Ragamuffin Soul spread over my family.
The kids have had a hell of a year.
And today they were going to The Happiest Place On Earth.

So I walked into the kitchen.
“Take your bathing suits off. Put back on your shorts and shoes. The plan has changed. We are going to a bounce house.”

I could see the annoyance on the tWeenagers faces.
But Losiah on the other hand was naked in 2 second flat.
The kid obviously loves bounce houses.

At this the kids replied appropriately.
Screaming and tearing up and going insane. 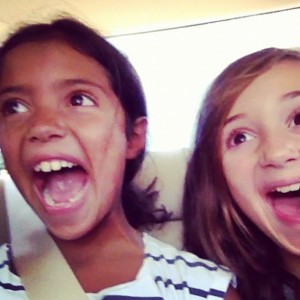 I wanted the best for them that day and they were getting it.
But when I looked at Losiah he wasn’t NEAR as excited as the girls.
Maybe he didn’t get it.
“Losiah! We are going to DISNEYWORLD!!! WOOHOO!!!” 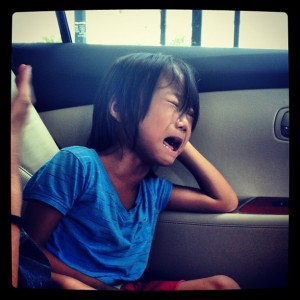 OMG.
Really?
No.
Seriously?
The next 5 minutes turned into a discussion between Grandma Sherry, Heather and I on how to best deal with this delusional child.
2 hours later these 2 pictures were taken approximately 35 miles apart. 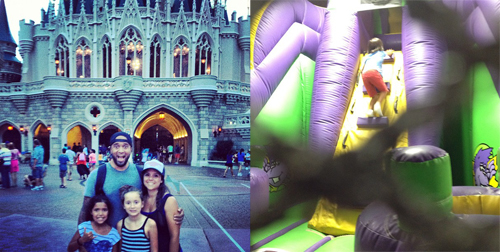 All I could think about all day was one simple thing.
How God must feel on a daily basis when He wants to give me Disney World and I want a Bounce House.
I think I know what I want.
But then 30 minutes after jumping all alone in my bounce house I wish I was with the rest of my family at the happiest place on earth.
The place God wanted to take me.

The kid knew what he wanted.
He was literally devastated when I told him.
And so I let him go.
And He let’s us go.

When was the last time God sighed watching you choose a bounce house over DisneyWorld?
Los