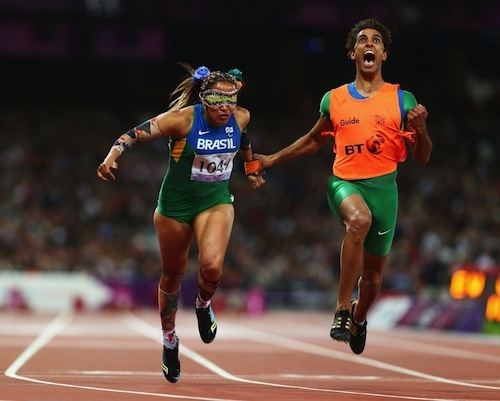 Sometimes we have no idea.
We follow the direction the Lord sets us on and run.
We run hard.
We run.
We have no idea whether or not we are even close to victory.
But the image above tells us so much about our walk with the Lord.
It is an image of guide Guilherme Soares de Santana reacting to blind Paralympian Terezinha Guilhermina of Brazil winning gold before she knows she’s won the Women’s 100m T11 Final.

The Olympian has no idea she is about to win.
The Olympian is only doing what her guide is telling her to do.
Follow her lead and run hard.

The look on the Lords face if you have followed His lead well and are running hard is probably exactly this.
He is overjoyed with the victory that is coming your way.
We are blind to so much of His plan.
But He promises us victory if we just trust Him and run hard.