Gay Couples On TV And Your Parenting Decision.

One of my favorite shows is Modern Family.
My favorite character on there is Cameron.
Cameron and Mitchell belong to each other on the show.
10 years ago I would have been watched the show on ABC would simply to see how the network handled an openly gay couple on primetime.
Today I don’t even notice it.
Why?
Because it has become normal.
It just has.
Not saying this is good or bad.  That is for another post…
Just saying what it is…
I know many parents who shield their kids from seeing or hearing any openly gay couples on tv or in real life.
We have done it before.
Sometimes we still do it to avoid questions until we are in charge of the conversation and not a tv show.
But newsflash.
The bubble is going to pop.
My kids have multiple family members who are gay, who we love to be with, and we talk about it.
We don’t hide it from them anymore.
Because we CAN’T hide it. 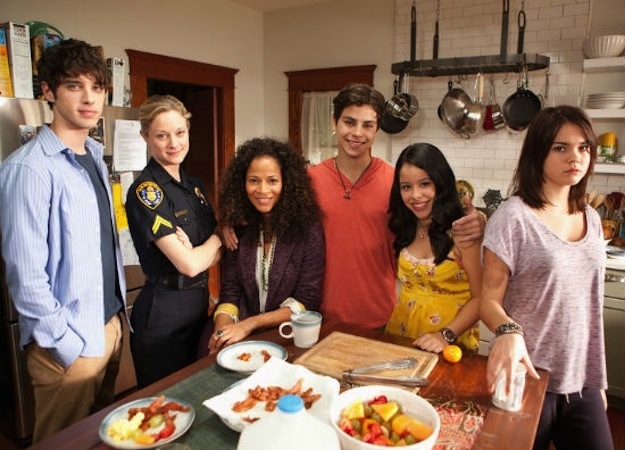 ABC FAMILY is launching a new series called The Fosters.
It is based on a 2 mother family with a clan of foster kids.
Conservative groups are up in arms but it’s not gonna stop what is happening.
And that is a media culture that has taken a step towards equality that many conservative Christians are uncomfortable with.

So. My question to you dear Ragamuffins…
It’s the new normal in culture.
Do you accept it and talk openly with your kids about it and your views on it?
Or do you shield them from watching anything with gay couples and hope it changes?
What say you?