Children of the 80’s, Impending Death, and Shiny Saviors 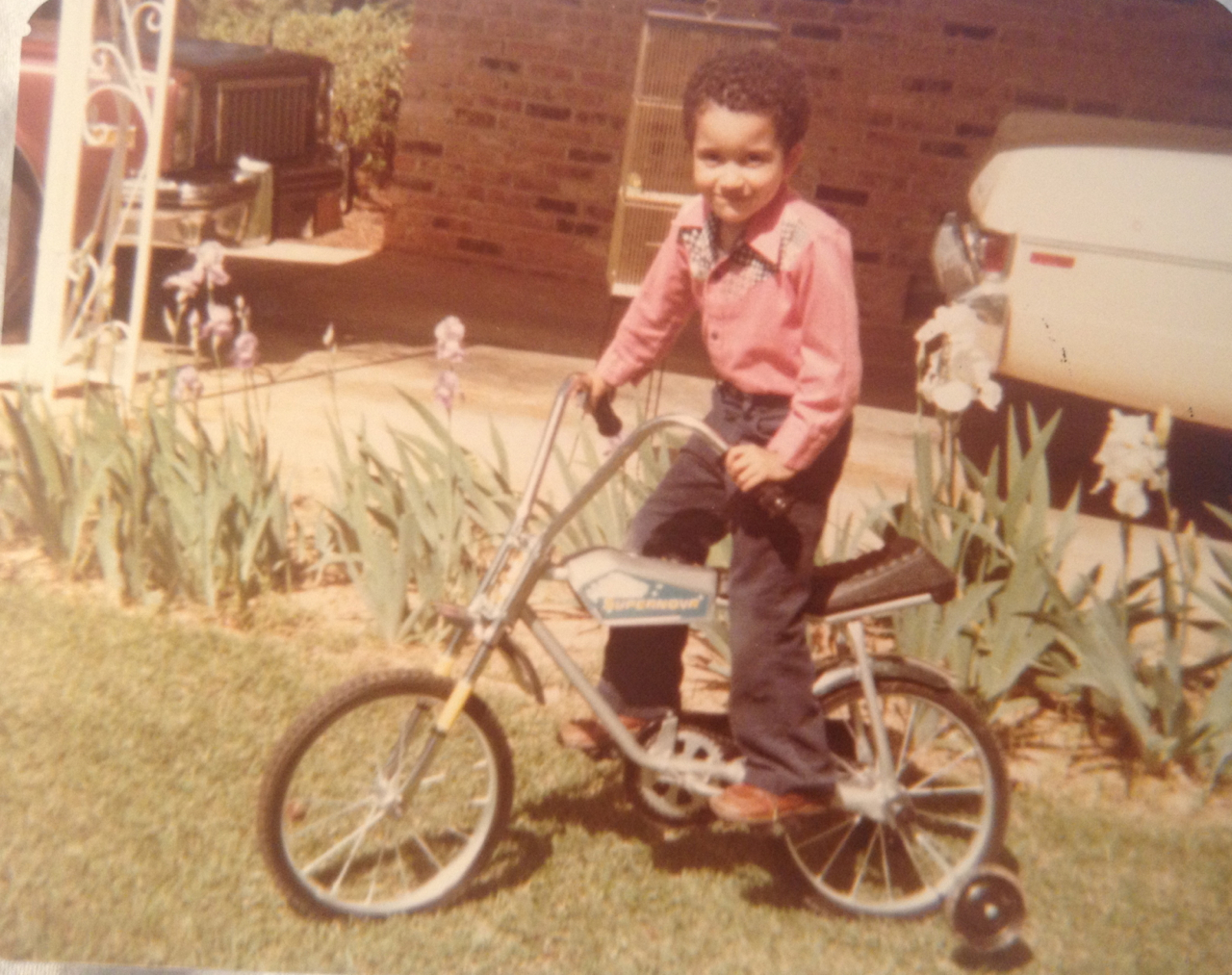 I remember that day like it was yesterday.
The bike was called the Supernova and my dad and I spent what felt like an eternity putting it together.
I was the talk of the cul-de-sac for a week straight.
It was the freaking SuperNova.

You see that white Plymouth behind me?
7 days after we put this bike together that car was parked in the street.
I don’t remember who was with me.
It was either Chuck Shippy, Bobby Singleton, or Alan Ripley.
Either way I remember us climbing in that car, putting my 5 year old hands at 10 and 2, and pulling that metal bar that stuck out from the steering wheel downward and then feeling my stomach sink as we began to roll forward.
Our house was the first house on the cul-de-sac and the car was facing directly at the intersection our street branched off of.
Cars were screaming by.
By screaming I mean maybe 25 MPH.
But impending damage to the car and my body was inevitable.
I tried to press on a pedal.
Nothing.
We rolled about 10 feet and then I felt something scraping the bottom side of the car and the car slowly stopping about 10 feet from the intersection.
I looked at Alan, Chuck, or Bobby with eyes wide as the Texas sky.
We hopped out of the Plymouth and there she was.
Barely peeking out from under the car.
The SuperNova.
By this point Carmen was sprinting down the driveway yelling something in Spanish.
But all I remember feeling was not despair over destroying the SuperNova.
But rather thankfulness for it saving me.

As you go into today, tomorrow, or next hour.
Whenever @$!# hits the fan and you think it’s all coming to an end.
That is when that shiny relationship with Jesus your “buddy” will show it’s true nature.
We can get to know Jesus and feel warm and fuzzy about Him all day.
But the truth of why He came to this planet was to sacrifice Himself for us.
And normally it’s not until life is sucking the breath out of you that you are thankful for His sacrifice.

Let’s thank Him for the rescue before we are screaming for a rescue.
It’s better that way.
Los