To GO to church or BE the church? My take on the words of my friend’s Don and Ed. 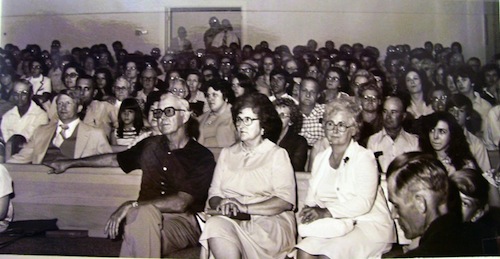 I tweeted this a few weeks ago…

Let’s make 2014 the year we go to church less and be the church more.

It was 140 characters. It wasn’t a book on what the church is. So therefor I got lit up.

@stevenamlister no way. If we don’t start teaching that the church isn’t a place but a people, we will continue to build a consumer culture.

@pedronavas820 yea. Just get out if that building as soon as possible! Lol.

I soon realized after a few more conversations similar to the one above that we have a definition problem.
Not a church problem.

@chrisfromcanada not opposite.Just finding such an over “SundayChurched” culture in my travels that I think it wld be a healthy change 4many

I was having dinner with my friends Don and Betsy on Monday night.
Monday happened to be the day he wrote this blog post.

I’m a worship leader who leads worship at very large churches.
The songs I sing at those churches move me less and less.
This isn’t a bad thing.
This is a human thing.
We become numb to repetition.
It’s ok.
It’s why we have addd smoke and haze and stuff.
And it’s why our kids will have smoke and haze and stuff at their “traditional 8:30am services”.

When I’m home I attend Crosspoint.tv

Why?
Here is why.

See what’s happening there?
It’s not rocket science.
Not a lot

I honestly do not believe that Jesus Christ meant that driving to a church building on a Sunday morning means church.
I mean it CAN’T be that simple right?
Hebrews 10:25 says this…

25 not giving up meeting together, as some are in the habit of doing, but encouraging one another—and all the more as you see the Day approaching.

Yesterday my friend Ed wrote a fantastic article where he responded to some of Don’s thoughts on the church.
You can read that here.

After reading it, and acknowledging that Ed is WAY smarter than I, I came to the conclusion that I wrote about earlier.
We have a definition problem, not a local church problem.
Check out this picture…

This is who Don builds his business and does life with on a daily basis.
That’s how Don says he connects with God.
And guess what?
This is a church.
Before you blast my non seminary, 9 years to graduate from college and still have 3 classes to take to make it official, self…
I’ve found that the local church is defined as a local assembly of believers or a congregation that meets together physically for worship, fellowship, teaching, prayer and encouragement in the faith.
That’s what this crew is.
That’s what me, Blake, Pete, Heather, Ally, Brandi, JT, Natalie, and our kids do when we gather together.
And we do this regularly.
It doesn’t have an address.
So I guess it’s kind of rave church.

Listen.
I still love Sunday mornings.
I love that I get to see and be a part of what is happening on a global level in the “Sunday” version of church.
But if that is where your definition ends, I feel less worried about definitions and more worried about the story you are living.
Because nothing great was ever built in one hour on a Sunday.
As Bob says…
DOING is much better than SITTING.
So get out and DO something with the bride of Christ today.
You may just end up…
Having Church.
Los