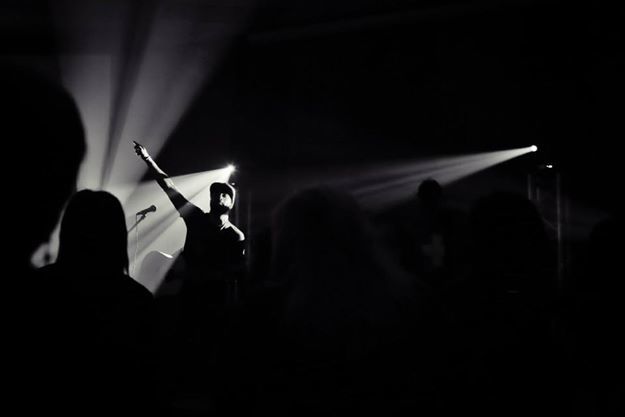 This blog used to be centered primarily around leading worship.
I’d say for 3 or 4 years that was the majority of what I wrote about.
Then I didn’t.
Not because I don’t still do it. Worship leading is still about 50% of my “day job”.
But I stopped writing about it because, honestly, “worship style” basically became as controversial as politics and breast feeding is on Facebook.
So instead I now write about breastfeeding republicans who listen to Hillsong.
Kidding.
But I ran across this blog last week which led me to another, and another, that worried me a bit.
They are blogs that I’m sure WANT to do good, WANT to help worship leaders, but in the end confuse and create more division than they probably want to.
Why?
Because they deal in absolutes when it comes to “HOW”.
And as a 40 year old worship leader who has been doing it EVERY SUNDAY for over 17 years, I know there is one absolute…
There are no absolutes.
Before you drop Jesus Is The Absolute all over me, let’s push aside the churches where Jesus ISN’T the absolute and call them Tony Robbins Conventions.
OK. Now that those churches are out of the way let me get a few things off my chest.

2. Big Screens And Faces On Them Are Not The Problem.
Putting a worship leaders mug on the screen does not cause them to become prima donnas. If you think this is the case with your worship leader then you missed a step. A big step. The step called GETTING TO KNOW YOUR WORSHIP LEADER.
They were a prima donna before they even got on stage.
99% of worship leaders I know who sing in big churches with their domes plastered on the screens love Jesus WAY more than they love themselves.
So stop writing about the 1%.

If it bothers you that the church put our faces on the screen during worship…Walk to the parking lot…get in your car…and drive down the street to the church that doesn’t.
Different strokes for different folks.

3. You Can Perform And Lead Worship
Go ahead and pick your jaw up off the floor.
Listen. If that word gives you the shakes then call it play skillfully. Call it play to Jesus. Call it whatever it is you want to call it to make yourself feel better. But for the love of all things holy… IF YOU DON’T WANT PEOPLE LOOKING AT YOU THEN PLAY THE WORSHIP SET FROM YOUR IPHONE.
But if they ARE going to look at you, and they are, then smile, have fun, and they will have fun with you.
I sprint around the stage when I lead worship. I jump. I dance. I lift my hands. I laugh. Not the Kim Walker more like the Will Smith. I drop to my knees. I do lots on stage. And guess what? I do them as I AUTHENTICALLY WORSHIP JESUS CHRIST.
So either I’m the exception, or doing all of the above does not equal rock star or prima donna.
Let me tell you what it equals…
It equals a worship leader named Carlos Whittaker who is a hot mess of a human being, who almost lost his wife and kids to selfish decisions, who was so far away from Christ that the slightest glimpse of His Glorious Face propels me into a state of joy so intense and overwhelming that I can’t NOT do all that.
It’s not a show. It’s SHOWING my overwhelming gratitude to the mercy storm He has bathed me in.

4. Let’s stop dissecting each other and start celebrating each other.
I have a Catholic worship leader friend who leads in a church where THEY LIGHT THE BAND FROM BEHIND SO YOU CAN’T SEE THEIR FACES. He does an amazing job and is an anointed worship leader.

I have a worship leader friend who leads in a robe and swings his right hand in various cadences directing the congregation in hymns written in 1955. He does an amazing job and he is an anointed worship leader.

I have a worship leader friend who leads on a keyboard and does not smile once the entire worship set. She does an amazing job and is an anointed worship leader.

I’m sure I’ve misspelled a few things and not explained some things eloquently enough but I’m on a flight on my way to Vegas where I’ll be leading worship at a church with my face on a big screen and my free wifi on this plane is about to cut out.

Peace Up A Town Down…
Los